Choosing between Montreal and Toronto means pitching a battle between two of Canada’s most famous cities. It’s a tough decision. Each has its own distinct character, and each is extremely beautiful.

To help you pick which city is better suited for your needs, we’ve broken down the similarities, differences, and dealbreakers of each.

So Montreal or Toronto? Read on to find out!

How are Montreal and Toronto different?

The most significant difference between Montreal and Toronto is a cultural one. The two cities are very different in terms of atmosphere.

Many expats moving to Ontario choose Toronto as their home.

Toronto has a bustling, modern, cosmopolitan feel. It’s very similar to New York. In fact, it’s so similar that many films and TV series use Toronto as a filming replacement. It’s super sleek, and as much as the Canadians would hate to hear it described this way, it’s very American!

However, if you are undecided as to where in Canada you want to live, Montreal is definitely worth consideration.

Montreal has some seriously European influences. While Toronto is the slicker city, Montreal has the history and the culture. Specifically, Montreal is known for its French connections. Almost everyone who lives in the city speaks French, and the French lifestyle is very popular here.

Toronto is a typical city with a huge sports stadium, a standout skyline (hello CNN tower), plenty of museums and art galleries. Montreal has a quieter, more subtle side. It’s more about the old town, city gardens, obscure museums, and historical buildings.

Is Montreal better than Toronto?

It honestly depends on what you are looking for.

As mentioned above, Toronto is a super slick, metropolitan city. It really does have everything you could ever need. It’s fast-paced, busy and full of life.

Its neighbourhoods are as diverse as the city itself and you definitely need to do thorough research as to the best areas to live in Toronto.

In comparison, life in Montreal is slightly slower. It’s more relaxed, and while it’s still a major city, meaning you won’t ever feel like you’re missing out, it doesn’t have the buzz that Toronto has.

Toronto undoubtedly has better connections too. It’s that much further south, and that does change things.

However, there is something about the blend of cultures in Montreal that makes it hugely popular. It’s undoubtedly the more unique city.

Is living in Montreal more expensive than in Toronto?

When choosing where to live, living costs are a significant factor in picking one place over another. Life in both Toronto or Montreal is not cheap.

To put it as simply as possible, Montreal is cheaper than Toronto. Estimates put it at around 20-25% cheaper to live in Montreal than Toronto. The most significant difference you’ll notice is in accommodation.

In Toronto, a one-bed apartment downtown can push CA$1 million. You can still find this price tag in Montreal, but it’s more likely to have more bedrooms. And it will still be cheaper.

Montreal tends to lean towards houses converted into flats rather than high rises. This means more character for a better price. There is usually outside space as standard, whereas having a garden can cost big bucks in Toronto.

The transport system in Montreal is also cheaper. A downtown metro pass for one month in Toronto comes in at a painful CA$201.90. In Montreal, a monthly metro permit is just CA$90.

The only way in which Montreal is more expensive is the taxes. The personal taxes in Quebec are famously high. In fact, income tax in Quebec is higher than in any other province in Canada.  Of course, this means public services are excellent. But payday can cause heart palpitations.

However, if you need to choose between the two cities based solely on finances, Montreal is the better option. It’s cheaper in general but can still cater to super-luxury tastes if you like the finer things in life.

Is Montreal colder than Toronto?

We all know that Canada gets super cold in winter. Arctic winds can lead to storm warnings, and if you’re unprepared, the winter weather can be fatal.

If you need to choose between Montreal and Toronto, the weather is not a dealbreaker.

In general, as it is slightly further north, Montreal gets marginally lower temperatures than Toronto. On an average January day in Toronto, the temperature will drop to around -3. Colder days can be below -20.

In Montreal, the average temperature is around -9, while the storms bring in days below -28. This is a seriously scary-sounding number. But honestly, anything below about -10 is very, very, very cold. It doesn’t matter where you are.

Toronto gets the warmer weather in summer too. Montreal does get a decent summer, but where Toronto can reach 35 fairly regularly, Montreal summer’s only reach around 26.

Again, the difference is sort of like splitting hairs. It’s certainly not the reason to dismiss one city over the other.

Why is Montreal so popular?

Montreal’s popularity is rooted in the simple fact that it is the ultimate hybrid city. It’s somehow managed to blend the modern American conveniences of a big city with the feeling of a small European town.

It’s got everything you could ever need from a city, but it’s also got cobbled streets, tiny coffee shops, old architecture, and everyone seems to know everyone.

This could make for a very dull, boring city.

However, Montreal has the highest concentration of university students of any North American city. Seriously. This means that despite its relaxed village feel, it’s still an entertaining, bubbly city. With so many students mixing with the locals, there is something for everyone.

There are entire neighbourhoods where you can enjoy some peace and quiet. However, four blocks over, and it’s all rooftop parties and red solo cups. Montreal’s popularity spans generations.

Can I get by speaking English in Montreal?

Montreal is located in the Canadian province of Quebec. This means that French and English are spoken interchangeably as a part of everyday life. Strictly speaking, it’s a type of Quebecois French that does differ from French spoken in France.

But do you need to know it? To get by, honestly, the answer is no. The two languages are widespread, and locals will speak both. You will never have a problem ordering coffee, shopping or going to the cinema. Radio, TV, and film are available in both languages, as is almost everything else.

If you speak French, you will find yourself using both languages every day. Although do keep your ears open for local phrases and differences.

Tips for living in Montreal

Moving to another country can be overwhelming. Every place has its own customs, character, and peculiar set of rules.

No city has quirks quite like Montreal. The blend of American and European influences makes it a truly unique place to live.  If you want to hit the ground running, here are a few things you need to know before you go.

Living in Montreal Vs Toronto – summary

Despite being relatively close together, Toronto and Montreal are as different as two cities can be. One is smart, sleek and offers a fast-paced, exciting lifestyle. The other is subtle, sophisticated, and offers a distinctly European feeling.

Choosing between the two cities is so much more than just selecting a place to live, it’s about choosing the type of life you want. Both cities have so much to offer. The only question is: which city do you prefer?

Emily is a freelance writer based in the south of France. She covers a range of topics from skiing, tea, and tractors to selfies, aviation, and sleep. However, her passion lies in travel writing as she enjoys visiting new places as much as she loves writing. When not writing, she can usually be found outside with her golden retriever, Hugo.
Articles: 8 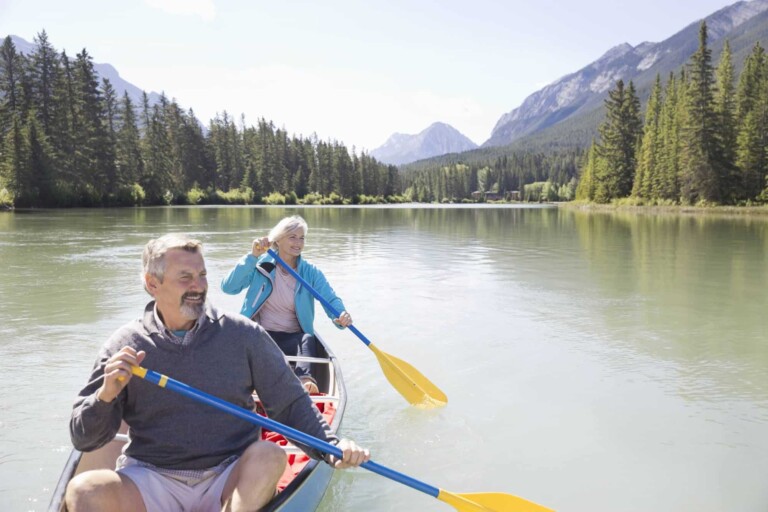 All About Healthcare And Health Insurance In Canada For Expats 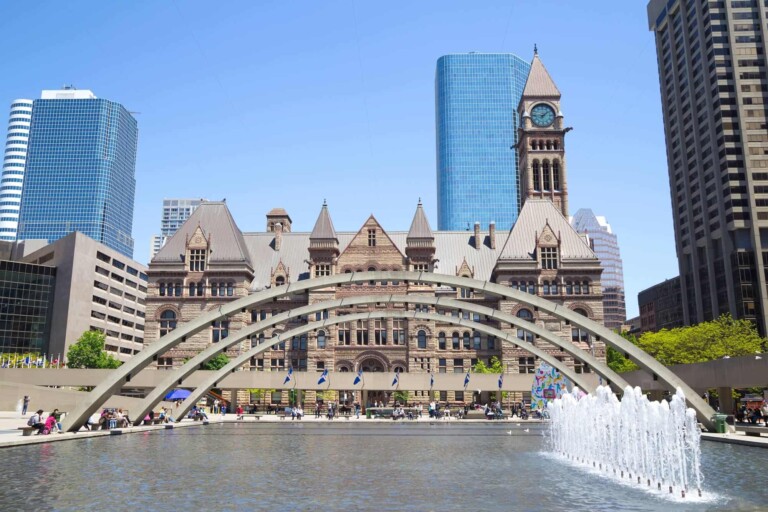 The Best Areas To Live In Toronto 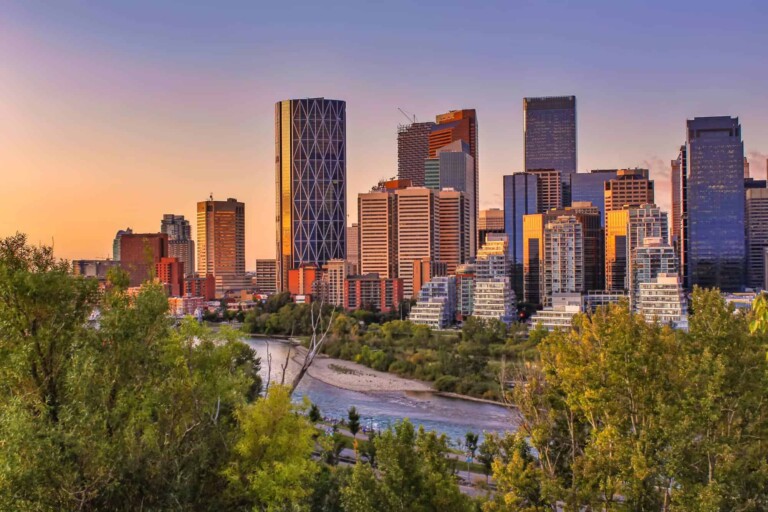 Living In Calgary Vs Edmonton: Which One Should You Choose? 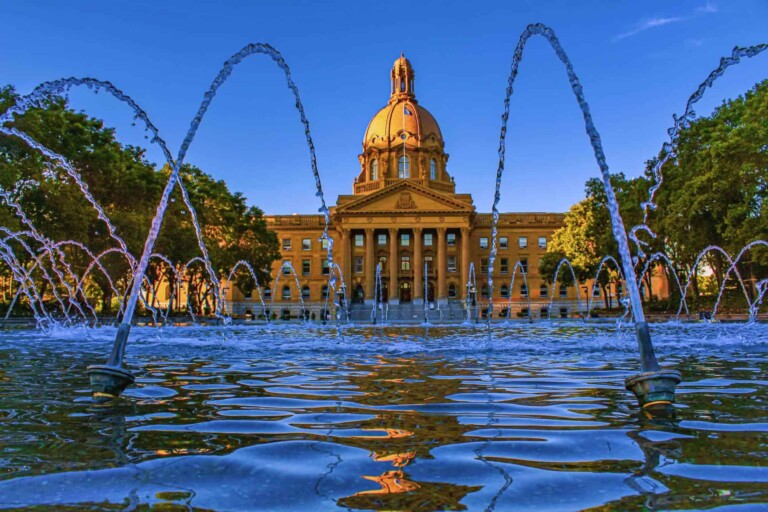 Living In Edmonton, Canada – The Pros And Cons With Facts You Need To Know 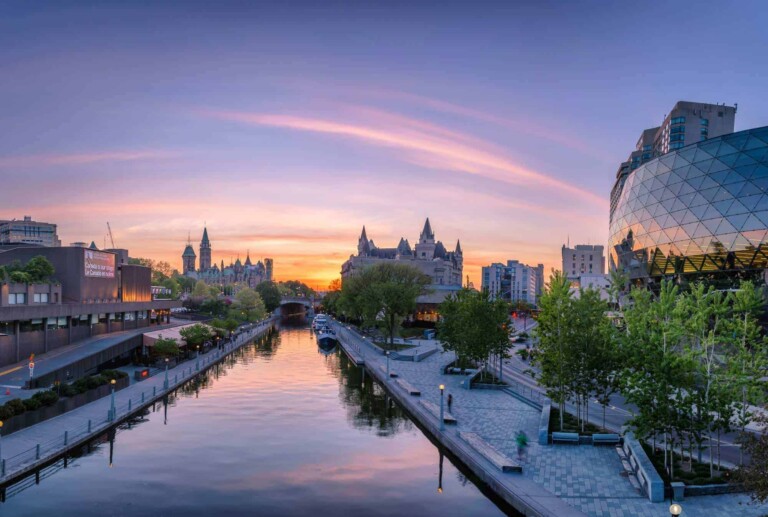 Living In Ontario, Canada As An Expat 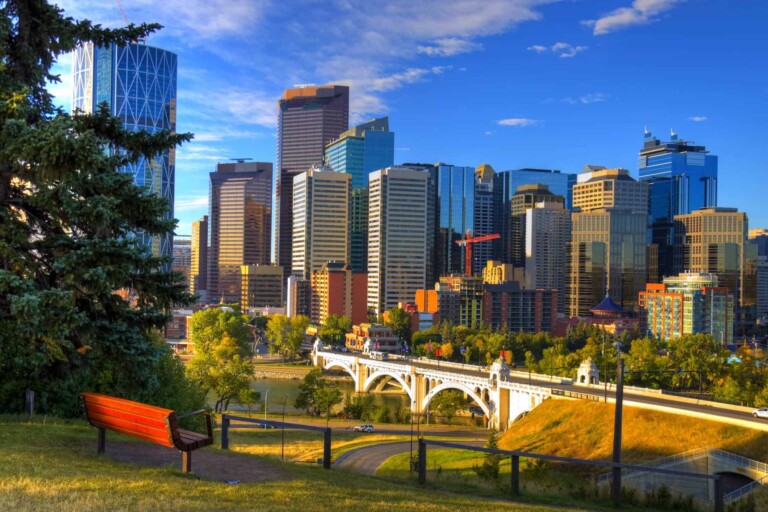 Living In Alberta, Canada – The Must Know Guide For Expats