If you’re an expat looking to relocate to a seaside city that is neither too crowded nor too small, neither too hot nor too cold and offers the diversity of the big city yet the calming atmosphere of a small town, Varna is the perfect place for you.

Varna is Bulgaria’s sea capital. It’s also the largest city on the Bulgarian Black Sea Coast and an attractive destination for thousands of tourists every year.

However, travelling to Varna for a few days or a fun weekend is a lot different than living in the city.

In this guide, we’ll tell you everything you need to know about living in Varna as an expat. We’ll explore the benefits that the city offers, how much you can expect to pay on a monthly basis for living in Varna, and we’ll see what the expat community looks like.

By the end of your read, you’ll be ready to pack your bags and make all the right decisions when it comes to living in Varna.

Is Varna a nice place to live?

Yes, if you like a city feel blended with coastal living, Varna is the right place to be! If you’ve ever been to Varna, chances are that you’ve left part of your heart in Bulgaria’s sea capital. As one of the Black Sea’s oldest cities, Varna has a lot to offer.

Varna’s infrastructure has gone through dramatic improvements in recent years. Some of the main boulevards in the city have been redesigned to reduce traffic congestion and make travelling around the city easier.

Bus transportation is well-developed and there are buses travelling to most parts of the city, even Vinitsa, which is significantly separated from the central parts of Varna. You can hop on a bus from the early morning hours until 11 pm or even midnight and the bus ticket only costs 1 lv ($0.60/€0.51).

You’ll notice that most street signs around the central parts of the city have been translated into English but this doesn’t refer to other neighbourhoods.

In addition, there are a number of taxi companies who can provide instant transportation to any desired destination.

You can take advantage of Varna’s airport to travel to nearby countries or explore Sofia for the weekend.

When it comes to amenities, the city provides everything you need. Most neighbourhoods have local bank offices for the major banks that operate in the country.

Varna’s inhabitants also have access to a number of public hospitals and private medical alternatives.

The city is rich in beauty salons and studios, you can easily find a 24-hour food store at every other corner, and everything is pretty well-connected.

Varna’s beaches are perhaps one of the factors that attract expats the most. With miles of sandy beaches, there is so much to see and enjoy at this seaside gem.

Some of Bulgaria’s most beautiful and famous beaches can be found in Varna’s territory, where the sea is pure, the nature is stunning, and there are a variety of resorts you can explore.

The city has a population of nearly 340,000 inhabitants and is one of Bulgaria’s safe cities to live in.

You can walk home during the later hours of the day without worrying about pick-pocketing or other attacks.

Of course, there are a few areas in the city that it’s recommended to avoid but we’ll look at these later on in the article. The most popular types of crime include burglaries and car theft. Violent crimes towards expats are not common and foreigners will feel welcomed in the city.

Cost of living in Varna

In general, Bulgaria is among Europe’s most inexpensive places to visit and to live in and Varna is no exception.

However, if you move outside the city centre and live in areas like Vinitsa or Asparuhovo, the renting costs are dramatically lower.

Purchasing a property in Varna is still less expensive than in other European countries but is considered less affordable for locals who work in the city. Properties located in Varna’s centre will cost around 1,000 EU ($1,174) per square meter.

Varna attracts digital nomads thanks to its vibrant culture, amazing opportunities to socialize and meet new people, and other advantages. However, it’s also a popular destination for retirees or families with children.

The city offers a number of prestigious schools like First English Language School, the School of Mathematics, and more.

There are also areas in the city that are extremely suitable for retirees who are looking for a calmer way of life, the opportunity to live in a quiet house with a gorgeous garden, and to embrace all that the nature surrounding Varna has to offer.

You can meet other expats in Varna by attending organized events or joining Facebook groups like Expats in Varna where there are nearly 3,000 members.

Best areas to live in Varna

Expat retirees will feel wonderful in areas like Trakata, Vinitsa, or Briz, which are quieter neighbourhoods that offer stunning properties for rent and purchase. Trakata is popular for being host to a wide variety of beautiful houses with spacious gardens.

Younger people tend to prefer the central areas of the city or neighbourhoods like Chataldzha, Red Square, Levski, or the zone around the cathedral.

Of course, there are always two sides to a coin and the city also has a few places that it’s best to avoid.

Vladislavovo is one of those places. It’s allocated at the end of the city and is considered the cheapest area with the lowest standards of living.

In addition, it’s best to stay away from Maksuda, a neighbourhood that is dominated by gipsies and where crime is common.

Final thoughts on living in Varna

Overall, Varna is a lovely city that certainly deserves your attention.

It can offer the perfect balance between all the amenities and infrastructure of a large commercial city and everything that you might look for in a smaller, quieter town.

Embrace your expat life in Varna and enjoy all that the city has to offer.

Emilie is a public relations expert based in Sofia, Bulgaria. She lives with her husband and two children and has an affinity for writing. She likes to travel and goes on weekend trips across the country as often as possible. As a result of moving to Bulgaria a few years ago, she has a lot to share about what life is like in the country.
Articles: 3 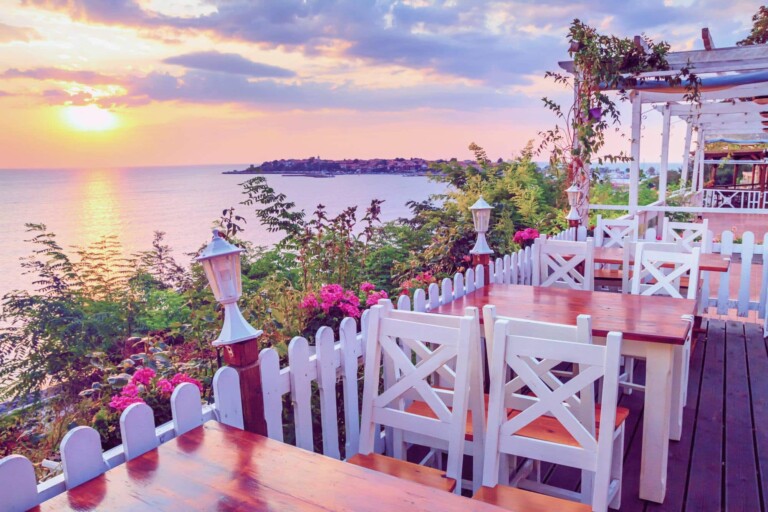 The 9 Best Places To Live In Bulgaria As An Expat 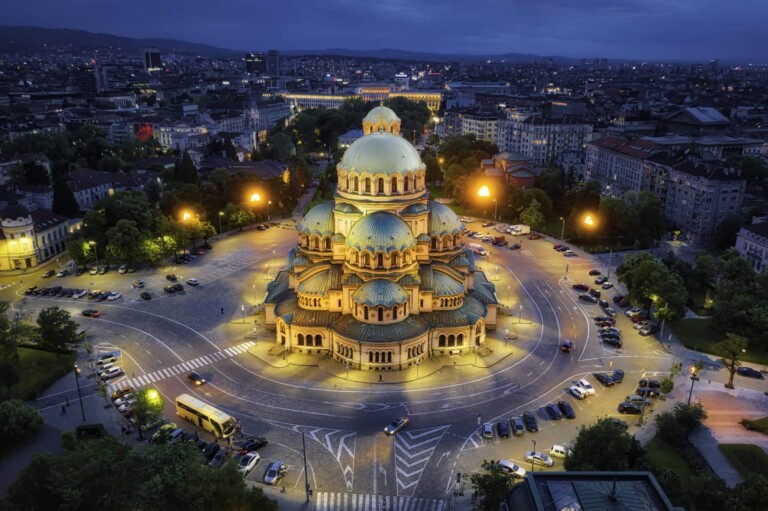 The Ins And Outs Of Living In Sofia, Bulgaria As An Expat 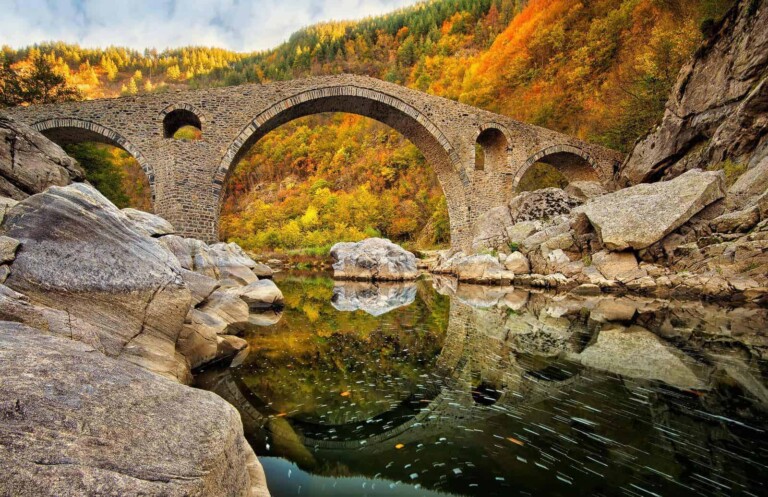 The Pros & Cons Of Expat Life In Bulgaria

Living In Bulgaria As An Expat: What You Need To Know 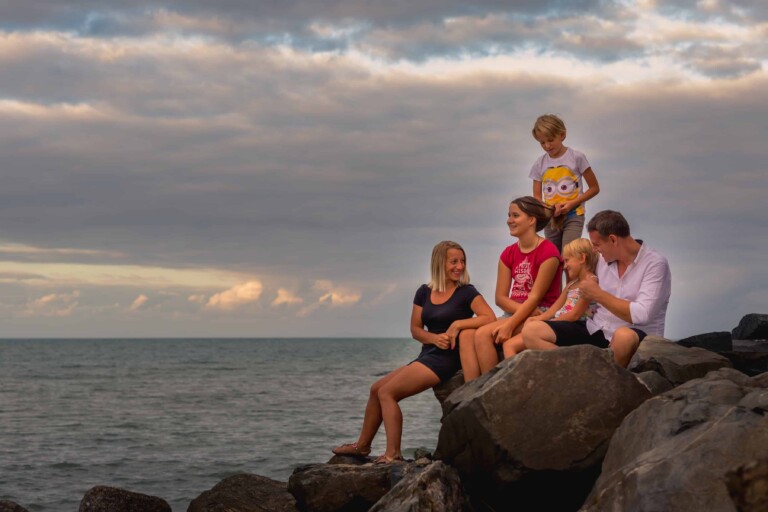 Where Nomads Make A Nest: The British Travellers Who Bought In Bulgaria