The Land Down Under is home to sprawling modern cities, unique wildlife, vast countryside and some of the best beaches in the world. It’s also a country where local celebrities attend sports of the teams they own (Russell Crowe) and you’ll see prime ministers going for walks in green and gold tracksuits.

With so much on offer, it can be hard to decide on the best place to relocate to. Not to worry, we’ve put together a list of the top spots for expats. No matter your reasons for your move – this list will help you find your new Aussie home.

Pro Tip: Be mindful about asking an Australian where to live. Aussies are very competitive, which means they probably think where they live is the best place in Australia. You’ll need to do your research – which is where we come in.

Melbourne is widely regarded as the cultural capital of Australia (unless you ask Sydney siders) and it’s no surprise that it held the title of the world’s most livable city for 7 years in a row ranked by the Economist Intelligence Unit’s global liveability index.

Some of Australia’s cities have a multicultural feel, but none do it quite like Melbourne. This is thanks in part, to the large immigrant population who have brought their food and cultures from all around the globe.

What this means is that you’ll find world-class cafes and restaurants with food from all over the world and if you ask the locals, the best coffee in the world.

Sometimes described as aerial ping pong, the Aussie Rules final has one of the largest numbers of attendees of any domestic competition on earth. Good luck learning the rules though.

Outsiders refer to Melbourne as the hipster capital of Australia, which is fairly accurate.

Despite their strange fashion choices, hipsters tend to bring some pretty cool venues – like Easey St. Smoke Out in Collingwood. This is a bbq restaurant in a motorcycle workshop, which is hidden down a narrow laneway underneath an edgy gallery. It really doesn’t get more Melbourne than that.

The pros of living in Melbourne:

Adelaide doesn’t get as much attention as other major cities like Sydney or Melbourne, and this is probably due to its size. However, this is actually one of its greatest selling points! What it may lack in numbers, it more than makes up for with the amazing lifestyle it offers its residents.

The majority of the 1 million Adelaide residents prefer the suburban areas over being clustered in the city. It means living closer to the coast with the city on your doorstep without the metropolitan price tag.

Food is a big part of life here, with a massive amount of food trucks, quality restaurants and eateries all close by.

The arts are big here too, thanks to a thriving music and theatre scene, along with the annual Adelaide Fringe Festival. Plus the outdoor activities are endless with hiking, surfing and everything in between on offer.

The pros of Adelaide:

The capital of Australia’s island state Tasmania offers an amazing opportunity to live an idyllic family life. Don’t believe the stories from mainland Aussies, no one here has three heads.

Tasmania is home to stunning natural scenery, ancient forests and beaches. At its heart is Hobart, where housing is some of the cheapest in Australia.

If you are into small-town living, you will love Hobart. The schools are great and Tasmania is considered incredibly safe, as it is often forgotten by the rest of the world. Life is slow here, allowing time to enjoy life, hobbies, and time spent with loved ones.

Your commutes from the office will be much shorter thanks to both the shorter distance to travel and the absence of traffic. This means more time at home with your family.

There is plenty of arts and culture along with museums and natural surroundings to be explored. Spend your weekends hiking, at the beach or exploring the booming culinary options. Plus, some even consider Tasmania as home to the best coffee in Australia – unless you ask people in Melbourne of course.

The pros of Hobart:

Love countryside living? Head along the Blue Mountains and you’ll find a string of small towns offering a taste of life in the Australian countryside.

Katoomba has a very creative spirit and is home to the annual winter magic festival. Nearby Leura, a local secret, also has many charming boutiques and cafes.

Further along the road, you’ll find Bathurst and Mudgee.

Bathurst hosts one of the largest car racing events of the year, the Bathurst 1000 where one driver will be crowned ‘King of the Mount’. Bathurst also has a decent student population, which brings life into the town with cultural festivals and events each year.

It has everything you would need, affordable property, and plenty of space to have the peace and quiet offered by the country.

Most of the towns in and around the Blue Mountains are all within a two and a half-hour drive of Sydney.

Schools are decent in the area, with state and private schools available, making it a good choice for families.

The pros of living in the Blue Mountains:

It’s hard to go wrong with coastal locations in Australia, as it’s home to some of the best beaches in the world. However, the biggest issue is that you’re spoiled for choice – there are just too many to choose from.

That being said, you can’t go wrong with the Sunshine Coast. Located north of the state capital Brisbane, it’s not as popular with tourists as the Gold Coast, allowing you to enjoy your idyllic beach life in peace.

Noosa Heads is a more populated area, but there are other smaller towns nearby with equally nice stretches of sand.

Life is relaxed here and the cost of living is very affordable, especially if you avoid the more affluent areas popular with local tourists. Plus, you’re a short distance from the bustle of Brisbane, so you can escape to the city whenever needed.

The pros of the Sunshine coast:

6. The Central Coast: best for retirees

The Central Coast is a collection of neighbouring seaside towns, located just over an hour’s drive north from Sydney and is a great area if you are planning to retire to Australia.

Gosford is the largest town, with the biggest train station offering connections to the CBD (Central Business District – effectively, the city centre).

What makes this a great area for retirees is the lifestyle. Spend your days enjoying the sun, walking along the beach, exploring parks and nature reserves, playing bowls at an RSL club and enjoying the many shops, cafes and restaurants.

Property is affordable and there are many retirement communities where you can live in affordable accommodation in a quiet, contained neighbourhood.

You also have your pick of beautiful locations including Avoca, Copacabana, Terrigal, McMasters, Pearl and Kincumber. They offer varying proximity to the coast and green bushland, with larger properties available as well.

There are also excellent public and private health care options available, to give you peace of mind. The proximity to Sydney is a massive plus

Tip: Seniors discounts are frequent in Australia – simply ask when out and about!

The pros of living on the Central Coast:

We’ve got no doubt you’ve heard of Sydney – Australia’s largest city. As the economic capital of Australia, with many local and international businesses setting up an office here, it offers many career opportunities.

When you aren’t working, you can visit iconic Sydney Harbour (home to the Harbour Bridge and Opera House), soak up the sun on Manly or Bondi beach or shop to your heart’s content – all while sipping delicious coffee. You won’t find a Costa here and you won’t miss it!

Are you a foodie? Sydney is definitely the place to be. You have a wide choice of world-class restaurants here. Tip: visit Queenies in Surry Hills if you like jerk chicken.

Live sport is also a massive feature of life in Sydney, with multiple world-class stadiums and venues hosting regular events.

Sydney can be tricky to get around. The roads are a bit of a maze and traffic, especially in peak hours, is heavy.

There is, however, an efficient and affordable public transport system. This includes trains, buses and ferries. Unlike the UK, regional trains and buses aren’t ridiculously priced.

The pros of Sydney:

Located on Australia’s west coast, Perth is a laid back city with excellent weather and great beaches. The city is green, with trees and parks everywhere you look.

As any city, Perth offers its residents plenty of cultural attractions, culinary options and sporting events without the congestion of larger cities like Sydney and Melbourne.

The quality of life here is quite high, thanks to the weather, abundance of outdoor activities, and affordable cost of living.

The biggest draw is the massive expat community.

Some estimate that expats make up as much as a third of Perth’s population, with the largest groups coming from the UK and South Africa. These communities are active, connected and welcoming, meaning you have someone on the inside to help with the transition.

The pros of living in Perth:

What is the best country town to live in Australia?

‘Goldilocks’ towns are places in Australia where you can have the ‘best country town lifestyle’. To qualify, these towns need to have more than 2000 people, and score well on a number of factors such as unemployment rates and quality of life. Another factor is average income.

A winner in recent years is the town of Griffith, located in the state of New South Wales. With a population of just under 20,000, there are just enough people to have peace and quiet without feeling lonely.

What is the cheapest state to live in?

The cheapest states to live in Australia are Queensland, Tasmania and Western Australia.

However, this isn’t a simple question to answer as there are a lot of factors to consider. Of the major cities, Adelaide is regarded as the cheapest city to live in, which is the state capital of South Australia.

Where do most expats live in Australia?

Perth has been incredibly popular with expats for years, with roughly a third of the population estimated to be made up of migrants. Other popular destinations include Sydney and Melbourne, particularly for young people and professionals.

Wherever you are considering a move, there is bound to be a social media group where you can connect with fellow expats.

What is the safest town in Australia?

The best places to live in Australia – summary

Thanks to its size and the diversity of its land and lifestyle options, Australia offers all kinds of expats the chance to live the life they’ve always dreamed of.

Where you choose to settle in Australia will depend on your reasons for moving, but one thing is for sure – you won’t be disappointed. The reason so many Australians never leave home is because they have everything they need.

So, where will you go in the land down under?

Jack is an Australian freelancer now based in London who has been living the expat life for over three years now. Whist in the UK, Jack has travelled across Europe, Asia and the U.S.A. So far his favourite destination has been Malta. He writes for Expatra alongside a number of other clients and his own creative pursuits. Hoping to continue living and working abroad, Jack hopes to live and work in Spain, Italy and South America in the future.
Articles: 6

Living In Australia: Pros And Cons, And How To Do It 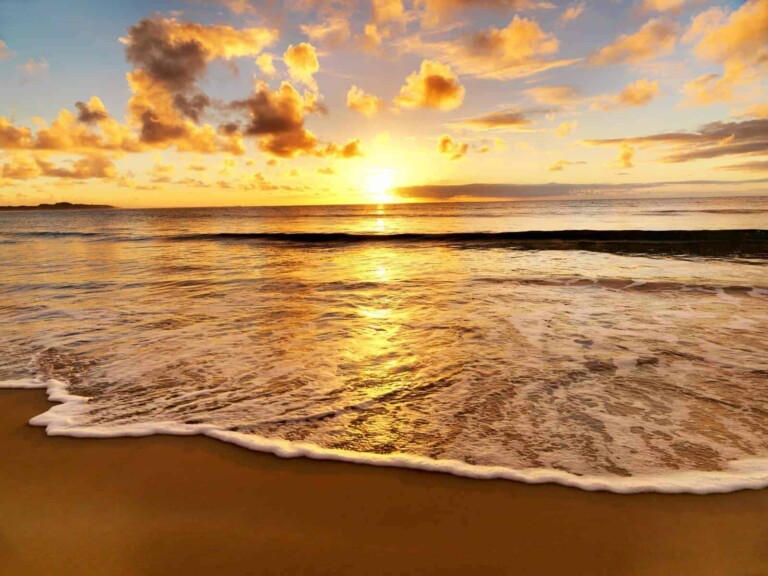 How To Retire To Australia: Tips For Retirement & Residency 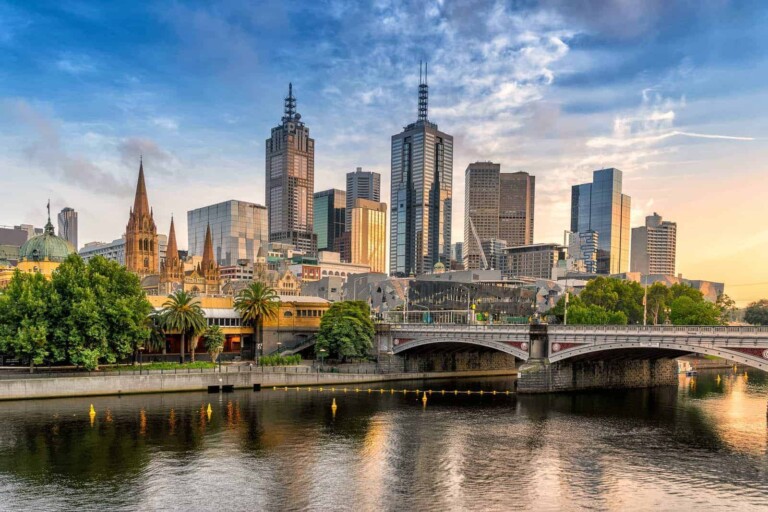 How To Get A Job In Australia With Employer-Sponsored Visa 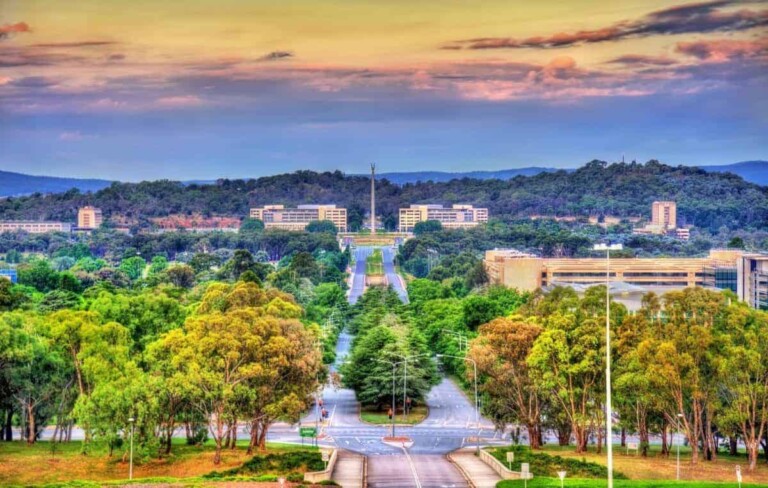 Living In Canberra – How To Find Your Ideal Home